Oman is all set to host the top international sailing championships GC32. 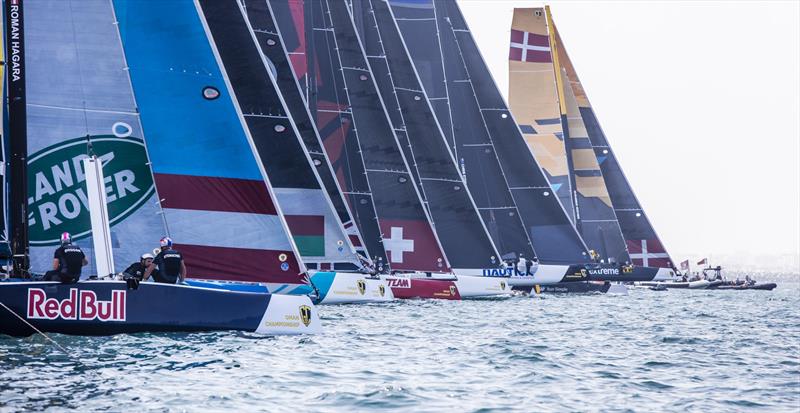 The decision has been taken and the calendar has been prepared for this world class event.

It is the world sailing of class that is growing at the fastest pace. For the past two years, GC32 foiling catamaran has been enjoying lots of activities with the fleet of around 25 boats. The boats are also being campaigned on international racing circuits. This includes Extreme Sailing Series and GC32 Racing Tour.

The leading contenders for the first time from both circuits will come together in Muscat from 27 February to 5 March. And the teams will in the title inaugural championship. In total 12 teams from all over the world are competing in this tournament.

This tournament will also be a warm up match for the start of event Extreme Sailing Series (ESS) of 2017. This event too will take place at Al Mouj race course in Muscat. ESS will start after a few days of GC32.

Co-organizer of GC32 and ESS and Manager of GC32 class championship Christian Scherrer said “The objective behind keeping the GC32 and ESS close to each other to unite the fleet of two tournaments and give more entertainment to people.”

“In Muscat we are expecting flat water and a nice breeze in the month of February which is all good for the GC32 class championship. By uniting both the tournament we have planned to give a good tournament experience to the people of Oman as well as people coming from outside as well.