With teams like Oracle and New Zealand getting prepared to launch a battle for America’s Cup, the air of preparedness is high in the air. 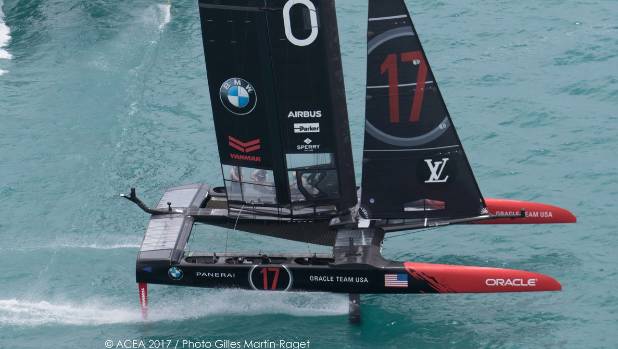 Both the teams have been working on their strategies to be ready when the match commences soon. Here is a look at how the teams look as they get ready to rev up their engines of the high tech and high speed catamarans.

If you look at Team New Zealand, Peter Burling is the helmsman. Being 26 years of age, he started out with the Tauranga Yacht and Power Boat Club and has had a career that has been immensely successful till date. His crew mate Blair Tuke won gold and silver medals in the 49er class in the Olympic Games and the pair together had won world championships, four consecutive events. Their skipper Glenn Ashby is a calm and experienced Australian at 39 years of age.

Having about 15 titles in multi hull races, he had been part of the Oracle team in 2010. Others in their team include Andy Maloney, who is a laser sailor of repute from Auckland.

The Oracle team from US on the other hand includes Jimmy Spithill as skipper and helmsman. He is the voice and the face of the American team, being a 19 year old member and having claimed the Auld Mug for Oracle back in 2010. His tactician cum team manager is Tom Slingsby who has eight world titles under his belt. Kyle Langford as the wing trimmer is a gold medalist in the multi hull category, while Ky Hurst, Louis Sinclair, Kinley Fowler makes up the grinders team among others. It remains to be seen which team will win, but the preparations have been adequate so far. It will surely be thrilling to watch the matches and see how the teams perform.